Important to see the point of view of DinaView lifelong film enthusiast, traveller, storyteller, street photographer, among others,… about Women in Cinema. Check the link: https://dinaview.org/women-in-cinema/ 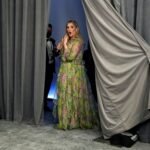 Chloé Zhao has made history at the 93rd Academy Awards as the first Asian-American woman and first woman of colour to win Best Director. She won for Nomadland, which Zhao also edited, produced, and adapted as a screenplay (from the book by Jessica Bruder).
This was one of a trifecta of above-the-line prizes that went to women. Fennell won Best Original Screenplay for Promising Young Woman and Zhao for Best Picture.

An expert-led free panel on gender equality in film, TV, and theatre. The event will be a panel discussion followed by a Q&A.
Tue, 14 September 2021 – 18:00 – 19:00 WEST – registration here: https://www.eventbrite.com/e/why-do-women-struggle-to-be-seen-and-heard-in-the-creative-industries-tickets-168935447471?aff=ebdssbonlinesearch&keep_tld=1 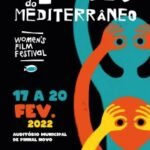 Olhares do Mediterrâneo – Women’s Film Festival, which took place in November 2020, continued to showcase the cinematographic work of women from the Mediterranean basin.
During an intense week full of films, roundtables, masterclasses and workshops, shared experiences on how to position / boost women’s work in the film industry and we will debate on the importance of promoting social change through looks in film and festivals.

This 2020 edition also included the educational and collaboration project between film festivals on women – Awareness and Empowerment – which involves partners from Spain, France, Italy, Lebanon, Morocco, Palestine and Turkey. 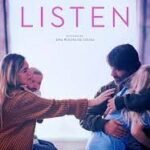 In the atypical year of 2020, the Portuguese films with the highest visibility at national and international level, were directed by women: Listen, by Ana Rocha de Sousa, and A Metamorfose dos Pássaros, by Catarina Vasconcelos.

A valuable contribution to the conversation about the challenges women face as filmmakers, can be seen in Pamela B Green’s documentary, Be Natural, about the “lost” foremother of film, Alice Guy-Blaché. https://benaturalthemovie.com/

#ITWIFF21 will be presenting more than 160+ films, talkbacks, live panels, fireside chats, screenplay competition table reads, and special events. Made by women and binary filmmakers, for everyone.
From September 24th to October 3rd – see the program: https://www.eventbrite.com/e/imagine-this-womens-international-film-festival-tickets-168509164447?aff=ebdssbonlinesearch